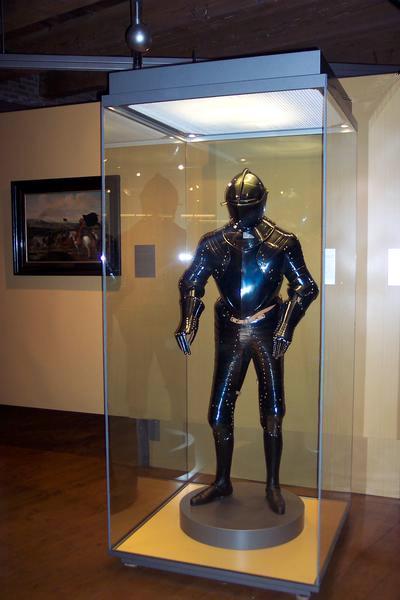 Gotscha, 1998. Collection of the Royal Netherlands Army and Arms Museum Delft, Inv.nr. 114926. Creation after the personal armour of Prince Maurice, c.1590, preserved at the Hofjagd-und Rüstkammer des Kunst-historisches Museum in the Hofburg at Vienna, Austria, Inv.nr A 1654. This suit of armour is considered a prototype of 17th century Northern Dutch cavalry armour. Very gratefully may be mentioned that the Hofjagd- und Rüstkammer des Kunsthistorischen Museums in Vienna (the owner), as a very rare exception, allowed the personal suit of armour of Prince Maurits to be taken apart, in order for Gotscha carefully to measure every single part of it.

Maurits gave his suit of armour of Dutch make to the Roman Catholic archduke Ferdinand of Tyrol. The archduke was an avid collector of weaponry and armoury, that had originally belonged to all sorts of ‘princes and potentates’. Prince Maurits’ armour is recorded in the 1621 inventory of the castle as follows: ‘Prince Maurits of Nassau. A field armour without shins’ (without shin-guards).

Like the original, the suit or armour has no back-plate, and no right index finger. Breastplate with musket proof at front side right. The dent of a musket ball in the breastplate very often appears on quality armour and despite the fact that is was rather disfiguring, it was not to be removed. It did indicate unmistakably that the cuirass had shown itself to be impenetrable by musket balls at proof. Therefore plates having such a dent can be confidently called bullet-proof or, in contemporary parlance, ‘musket-proof’. Forged in 1998 in ‘s-Hertogenbosch. Material: iron from Hoogovens, surfaces highly polished and blued fire’. The rivets, hinges, eyes and hooks, and the plume holder, gilt. Comprising: helmet, collar, breastplate, arm defenses, gauntlets, loin-guard and long tassets with knee-cops. Decorated with double engraved lines parallel to all vertical and horizontal edges as well as around the sights of the brow reinforce, all turned edges are finely cabled. Lining, including that underneath the pauldrons and inside the cuffs, as well as all internal connecting straps, of leather. Iron plates of different thick nesses (1, 1.2, 1.5, 2 and 3 mm) were used to make the 169 separate parts which form the suit of armour. Just like the original breast plate and helm are bullet proof and the thickest sheets have been used for this. The sheets of metal were forged cold as well as hot. The suit of armour contains about

800 iron rivets, clasps, hinges, hooks and eyes, each one of them made by hand. Excluding 400 hours of preparation, the work on the suit of armour took 1600 hours.

Maurice, Prince of Orange, Count of Nassau, Stadtholder of Holland and Zealand, commander of the Dutch army and an important figure not only in the Netherlands but in European politics in the late 16th centuries. He led the Dutch army to a spectacular series of victories over the Spanish, from the capture of Breda in 1590 to the surprising victory on the shores of Newport in 1600, ensuring the continued existence of the Dutch states. 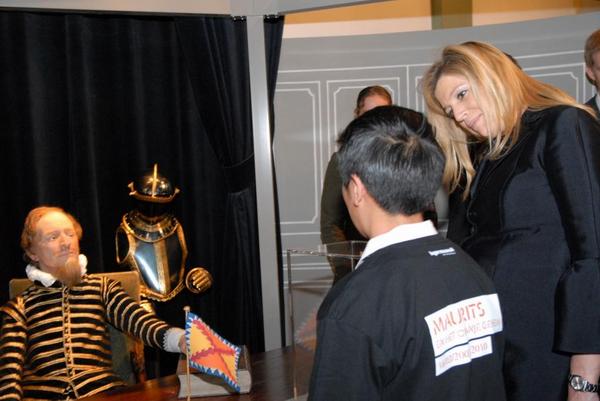 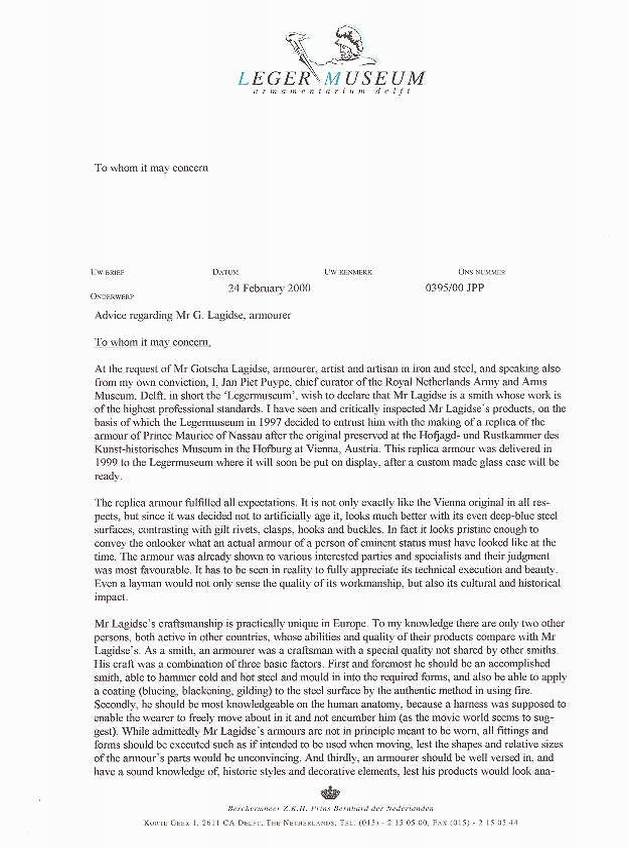 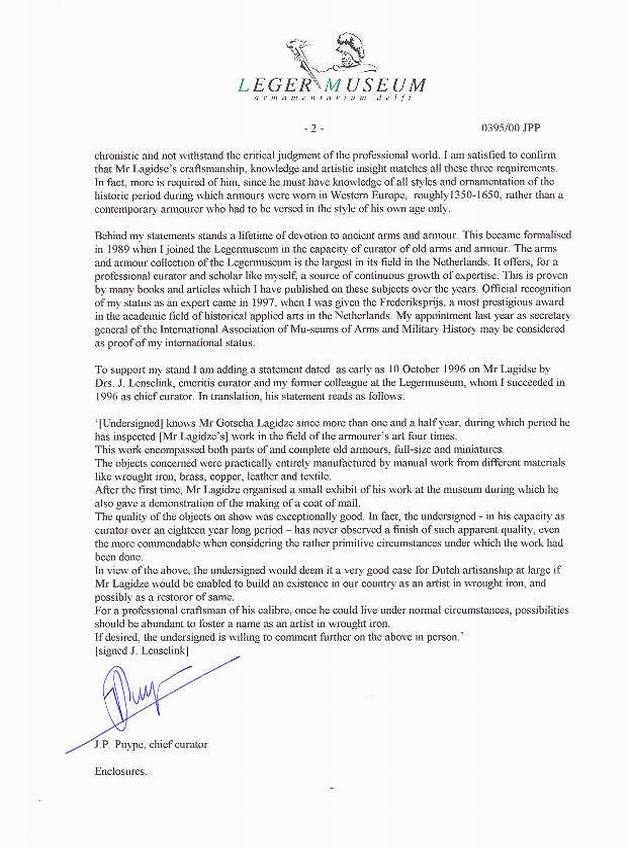